Making a Difference in the Lives of Children

“Thank you sooo much for the Operation School Bell certificate for the clothing. My family is in a very difficult situation right now, and this is just what I have been praying for. I haven’t had new clothes in 2 years. This is such a beautiful and inspiring thing you do for the kids who have nothing. When my teacher called my name to receive this, my heart filled with joy. Now I won’t have to wear the 1 pair of jeans I own every day. You are a gold hearted person! May God bless you. Thank you for everything.”

“My mother is dead, my father is in jail and I am living with my sister. She doesn’t have any money to buy me clothes. Thank you.” 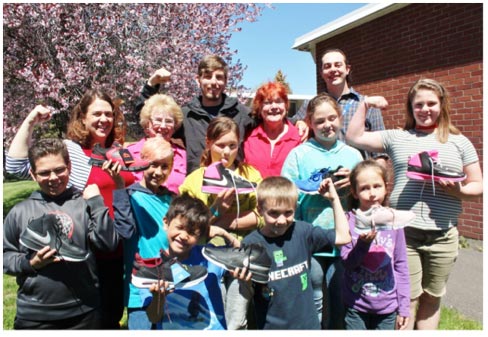 The Assistance League of Klamath Basin has added another segment to its Operation School Bell program involving Stearns Elementary School’s program entitled “Active Shoes = Active Bodies.”  It was established by Brandon Powell, Physical Education Teacher, to provide quality athletic shoes for its students with the goal of improving participation during physical education class and increasing the amount of physical activity students engage in daily as well as helping with their self-worth.  The teachers work with the students to write down attainable goals to “earn” a $40.00 shoe certificate.  The Assistance League raises money to pay for these certificates which are used at the Big 5 Sporting Goods Store who, in turn, makes sure these students get quality shoes at a low price.

Students are added to our Clothing Certificate Program who participate in the CFSS programs.  These students continue to attend K-12 schools throughout the Klamath Basin. School counselors refer these students to CFSS when it is determined they are at risk and need help.  An example would be that a student’s parent may be abusive or on drugs.  The CFSS is a nonprofit organization and its goals are to create safe and drug free communities and children of good character.

This is a temporary shelter for homeless and runaway youths, youths on probation and those waiting for foster care homes.  These children are at risk and are in need of help.  Our Chapter provides clothing certificates and our membership assists by donating hygiene and laundry items as well as Christmas gifts.  This is a nonprofit organization and is part of the Intregal Youth Services.

Each year, National Award Winning Books are purchased and distributed by our Chapter to all Klamath County Libraries as well as all elementary, middle and high school libraries in the Klamath Basin and Tulelake. They are also given to Marta’s House, and Falcon Heights. We will be adding Exodus House this year.

The Newbery Medal was named in honor of eighteenth-century British bookseller John Newbery. It is awarded annually by the Association for Library Service to Children, a division of the American Library Association, to the author of the most distinguished contribution to American literature for children.

The Caldecott Medal was named in honor of nineteenth-century English illustrator Randolph Caldecott. It is awarded annually by the Association for Library Service to Children, a division of the American Library Association, to the artist of the most distinguished American picture book for children.

ALKB donates one each of Newbery and Caldecott to the grade school libraries, and county libraries in the Klamath Basin and Tulelake in the spring. A label which is placed in each book which says, “This Book is “Presented by Assistance League® of Klamath Basin, 1330 East Main Street, Klamath Falls, OR as Part of Its Program Operation School Bell®”

Operation School Bell is a 28-year old program modeled after the National Assistance League program. It is our primary philanthropic program. We provide new, school appropriate clothing and hygiene kits during the school year for about 900 children in grades K-12 in 39 Klamath Basin schools. Also, once a year, we provide copies of latest Caldecott and Newbery literary award winning books to Klamath County and City elementary schools and county libraries. Our mission is to promote learning, school attendance and self-worth of children and families by providing new clothing.

How Does It Work

We work closely with the school counselors and administrators who reply upon our ability to provide children with clothing within a framework of sensitivity, respect, and confidentiality.

Public school professionals identify children in need and obtain parental permission for the child to receive clothes. They contact our organization with specific names and we disburse the clothes through our in-store shopping nights or by vouchers. Each child receives approximately $110-125 to spend on school appropriate clothes such as pants, shirts, shoes, underwear, and socks. In addition, we supply the children with handmade hats and scarves, and a hygiene kits of soap, toothpaste, toothbrush, hair brush and comb. Adults who feel their children are eligible should contact their local school for information.

Who Do We Serve

We are servicing around 800 children throughout the school year. Most of the time, the selection criteria is based on the children who are eligible for the free lunch program, or have had trauma events (moved; sent to foster care or other relatives; their home destroyed by fire; or are homeless). Some children receive their clothes through four in-store shopping nights at the Klamath Falls Fred Meyer’s store at the start the school year in September or October. Assistance League volunteers organize the in-store shopping event with Fred Meyer employees. Others, mostly outlying schools, and the middle or high school students receive store certificates which they redeem at Fred Meyer’s within 30 days under supervision of Fred Meyer employees. High school seniors in need also receive help with graduation clothes. 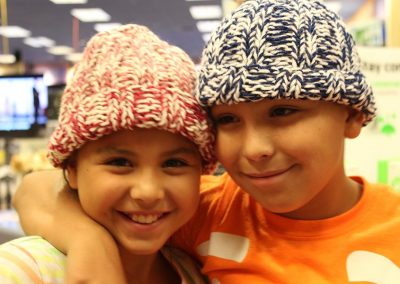 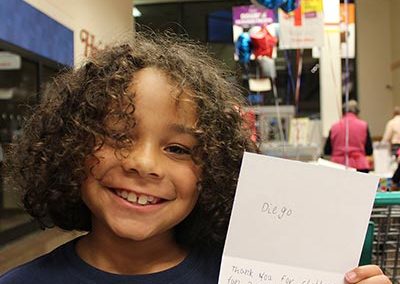 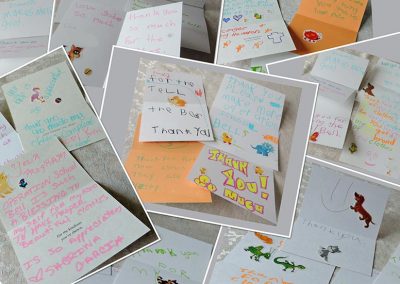 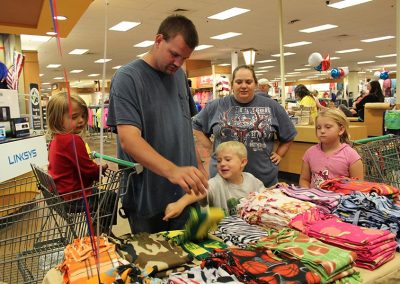